In some cities, restaurants compete against each other, whether it’s for customers, publicity or awards. For one very special Michigan city, it’s a different story. In Bay City, three local restaurants are each others biggest cheerleaders, and together all of them are doing their part to better their community.

“If we have a strong restaurant community here, then I’m stronger myself,” said Earl Bovia, owner of Bay City Bill’s. “If the community does well, we do well.”

Bay City is seen by some as one of the most underrated cities in Michigan. There’s a surprising food scene, that while may not be gourmet, is very often homemade, cooked with passion, and exactly what this community likes. Served up by some of the hardest working people in the business, and with that special Bay City charm, it’s a place that might surprise you.

It’s no surprise, however, to staff at three Bay City restaurants who have poured their hearts and souls into the community, and recently, into each other. Mussell Beach Drive-In, D’Angelo’s, and Bay City Bill’s are all part of the Michigan’s Best family, having gotten visits from our team multiple times over the years for various searches. There was a fortuitous meeting of the minds the night that we held a release party for our Michigan’s Best Day in Bay City video. All the restaurants were present, and they instantly bonded.

“Living in the same city, it’s not always easy connecting with other business owners,” said Catie Larner of Mussell Beach Drive-In. Her mother, Jacquie, and dad, Ed, own the popular spot. “However, thanks to the Michigan’s Best searches, our businesses got the opportunity to showcase our products and hard work. ‘The Best Day in Bay City’ led business owners like us to gather and meet at Bay City Bill’s Bar and Grill, and that night we made lasting friendships.”

It turns out that these friendships became even more important as the pandemic hit.

“As frightening as the coronavirus is, we are so thankful for our community, and our fellow business owners,” Larner said. “Together we are building each other up, supporting each other, and rooting for all of us to succeed.”

Mussell Beach, D’Angelo’s and Bay City Bills are three of the restaurants submitted in our Love Letters to Michigan restaurants initiative. We asked readers for their favorite locally-owned places that are consistently generous with their food, their time, their money or their talents. The places that always step up to donate, the spots that are always first to offer to help a charity or a cause, the restaurants that quietly make sure that someone hungry gets a welcome meal. They might have delicious, mouth-watering food, too, but this isn’t a search for the best pizza or chicken wings. It’s a search for those restaurants whose hearts are bigger than most.

First let’s talk about their love letters to each other. We’ve been noticing on social media that these three restaurants are constantly the first to like each others posts, to comment on them, or to share them with followers their own pages. This might not seem like a big deal, but it kind of is in the restaurant industry.

“We bonded with the hardworking owners of D’Angelo’s almost instantly,” Larner said. “We love how passionate they are about their business. We related with them, and most other business owners in terms of this is not a hobby, but that this is our life. Not only are they awesome people, but can we take a minute to appreciate just how good their food is also?”

We agree, as we’ve visited D’Angelo’s multiple times over the years, and have named them some of the top pizza and burgers in the state. Chef/owner David Baranowski, along with his partner in crime, business, and life, Kellie Berry, operate the busy little shop, and live right upstairs in an apartment. They work hard on not just putting out top-notch food, but also on beautifying Bay City. They always “go big” with their holiday decorations, and have even won awards for their summer flower displays. Referring to these displays, Berry said, “Kids love it and we get the kindest messages.” They also have what might be one of the biggest vegan menus in Michigan.

Mussell Beach Drive-In is almost a regular on Michigan’s Best searches, and with good reason. We’ve paid them visits for best breakfast, best coney dog, and best french fries. They land in the Top 10 every single time, probably because everything here is homemade and absolutely delicious. Berry also had plenty to say about her friends at Mussell Beach.

“Along with having delicious ice cream and food, they are the sweetest, nicest, most genuine people with the biggest hearts,” she said. “We met them at the premier for Michigan’s Best Day in Bay City and I felt as if I’d known Jacquie forever. They passionately support other businesses and restaurants, always sharing others posts and encouraging others to visit. During this past summer they brought ice cream for our whole staff. Those that work in a kitchen in the summer know how miserable it can be. It literally brought us to tears. So unexpected and out of the blue, and done with such kindness. I know they’ve done the same for others, as well as done work in the community. I’m so grateful that we have them here in our community.”

New to the Bay City dining scene are the owners of Bay City Bill’s. While the bar has been there a long time, the new owners, Earl Bovia and Michelle Cooper, have only been in the industry for about a year and a half. They’ve been working hard to change up the menu, and to do some much needed updates to this beloved bar. Both their Bloody Mary and their chili have warranted visits from Michigan’s Best, and we head back time and time again for the smashing atmosphere and friendly service here.

Bovia explained that being new on the scene has not been without its challenges, and the pandemic hasn’t helped. With the help of the Bay City community, they are pulling through.

“Bay City is a big, small town,” Bovia said. “It is big enough that you don’t know everyone, but you feel like you know everybody. You’re pretty much one person away from knowing everyone.”

Bay City Bill’s got a shout-out from Larner, who appreciates another community restaurant partner. For Bovia, both Mussell Beach and D’Angelo’s give him something to strive for. “They’re both good friends of ours, and they do a great job in the community, and provide great food. We can’t even get close to them yet, but hopefully someday we’ll get to their level.”

All three restaurants do plenty to give back to the Bay City community, and all three are humble about it. They were very reticent to “toot their own horns.”

“I don’t do any of this for the recognition,” Bovia said. “I don’t want to tell people. The community has been so great since I bought the place, and this is our way to say thank you without announcing it.”

All three places consistently donate to schools, churches, soup kitchens, sports teams, and recently to frontline health workers. There are a few personal projects that each restaurant holds near and dear to their hearts.

Mussell Beach donates to the Bay City Lions Club and participates in the Bay City Fireworks Telethon every year. D’Angelo’s supports the local humane society, where Berry found her beloved fur baby while volunteering. Bay City Bill’s gave away a “ton of food” during the first shutdown. “Don’t ask me how much,” Bovia said. “It was a lot.”

What really stood out with these three places is the everyday acts of generosity. It doesn’t always have to be a big cash gift, or a large meal donation. Sometimes just gifting a simple ice cream cone, or a hot pizza to enjoy is enough.

“We like to randomly surprise people by giving them their meal on the house or dropping off pizza to surprise them,” Berry said. “It’s a simple thing, but can really brighten someone’s day.”

“One of the best perks of this job and working in this industry is performing random acts of kindness,” said Larner. “We love that we have put an impact on someone’s day, or made them smile by handing out a free meal or an ice cream. It’s the little things.”

Bovia decided to create a special Facebook page to help area restaurants during these difficult times, and he loves spending time updating it and making sure it is accurate for the other restaurants in the area. Bay County Take Out and Delivery Options has grown over the last few months to over 9,000 members, who are all there to support locally-owned businesses.

As much as these Michigan’s Best restaurants have given back to the community, it might be time to return the favor. With the new shutdown, all three will need your support in the form of take out orders. One of these restaurants needs just a bit more right now.

D’Angelo’s owner, David Baranowski, was just recently diagnosed with end-stage renal failure, after a routine test. Within 36 hours, this talented chef and the backbone to D’Angelo’s, was undergoing dialysis and placed on the list for a kidney transplant. “He went from working everyday open to close, to not working at all,” Berry said. “We’ve had to move employees from one station to another, and I can’t say enough about what a great job they’ve done, on top of being short staffed here.” As Berry said, it’s going to be a long road, but we hope that Chef Dave, and the whole crew at D’Angelo’s will pull through.

“We’re going to keep trying to help,” Bovia said. “The community has supported us, and we want to support the community.”

“Giving back to the community can be as simple as smiling and asking how your neighbor is doing, or giving people something to smile about as they drive past,” Berry said. “We’re doing our best to be here for our customers the way that they’ve been here for us.”

You can check out our Michigan’s Best Day in Bay City video here. It’s the reason why these folks are all such good friends now.

And here’s our post on how to spend the day in beautiful Bay City. 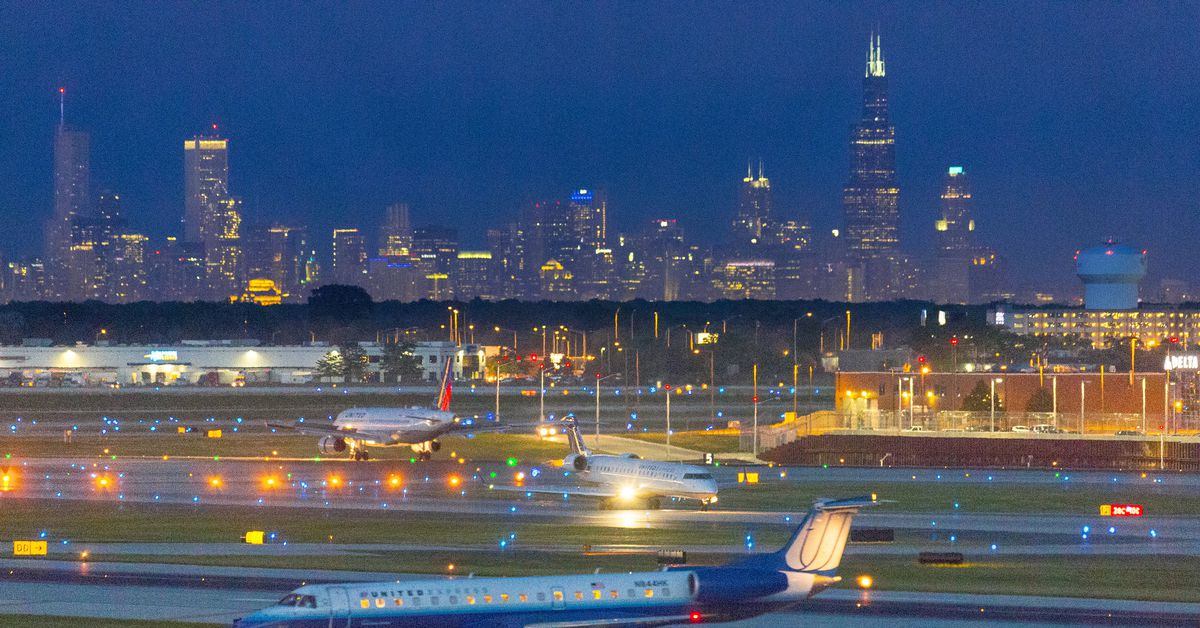 7 days ago Elaina B. Hofer 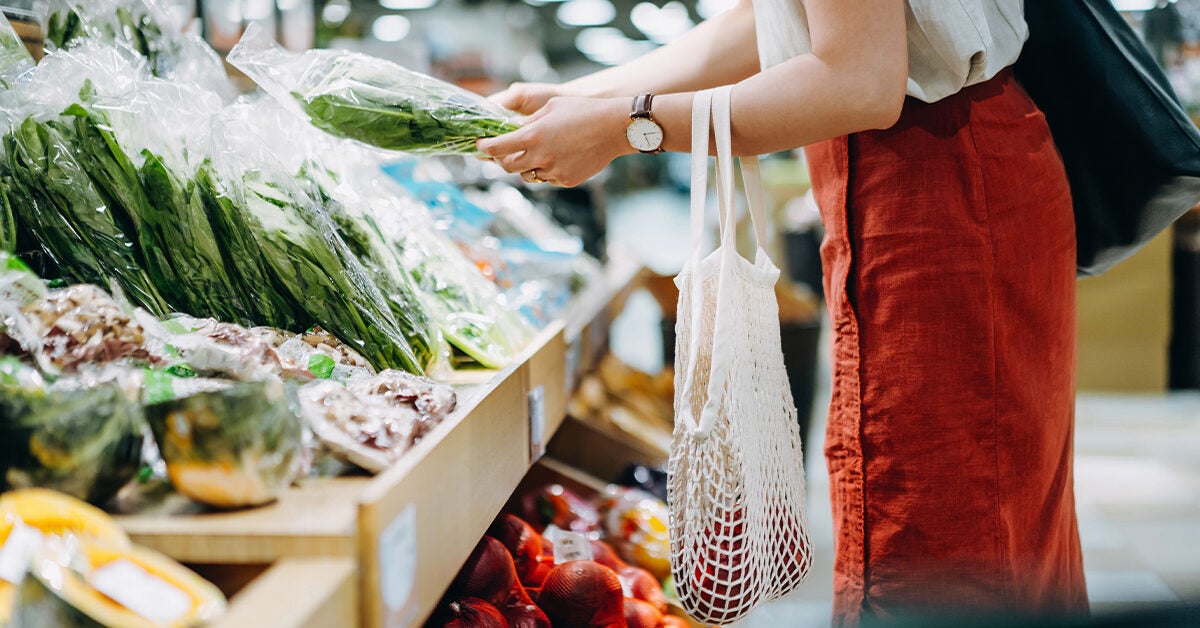 Top 10 Food and Nutrition Trends on the Horizon for 2021